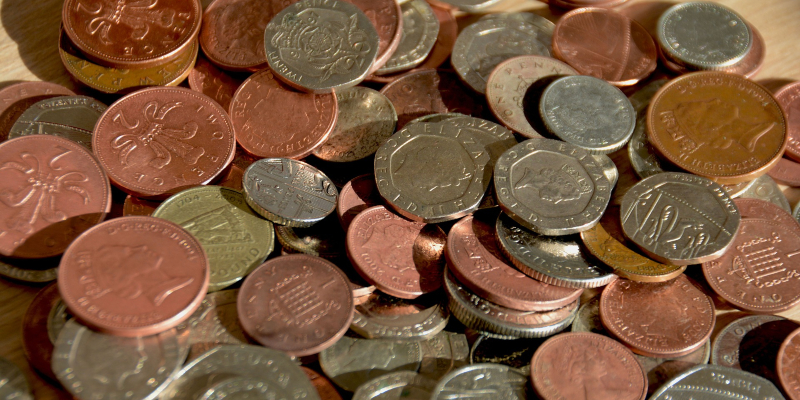 The benefits system needs to change in order to properly support claimants during and after COVID-19, a major national research project has concluded.

Welfare at a (Social) Distance, a collaboration between several universities including Leeds, is investigating the benefits system during the pandemic and its aftermath.

It has now produced a new report detailing the difficulties faced by claimants and is calling for changes to the application process and fairness in the benefits system.

It found that despite changes brought in by the Department for Work and Pensions (DWP) to speed up the claims process and a £20 a week boost to Universal Credit, many benefit claimants were struggling with a considerable gap between their basic cost of living and the amount of benefit they received.

The report shows that 60% of new claimants and 43% of those who had been claiming benefits since before the pandemic experienced a drop in their income which they were not able to manage by simply reducing their spending.

Report co-author Dr Daniel Edmiston, from the School of Sociology and Social Policy, said: Our social security system is a public service. It is supposed to be there for all of us. The findings of this report demonstrate the inadequacy of current benefit levels and weaknesses in our social safety net. The financial resilience of claimants remains fragile and finite.

Last year a series of measures were introduced to improve income adequacy and accessibility within the benefits system. However, many of these have since been withdrawn and we are now in our third national lockdown. The end of crisis social security measures, such as the £20 uprating to Universal Credit, would increase housing insecurity, debts and hunger amongst claimants and guarantee an increasing depth of poverty in the UK.

They carried out 74 in-depth interviews with claimants between June and September 2020, focusing on their experiences of claiming, receiving and managing their benefit payments.

The sample included a diversity of participants in terms of age, gender, ethnicity, household type, geographical location, employment status, as well as both new and existing claimants.

The findings of this report demonstrate the inadequacy of current benefit levels and weaknesses in our social safety net.

Almost two-thirds of all claimants reported some level of financial strain, saying they would not be able to replace or repair major electrical goods if they broke, and could not save £10 a month. Around half of claimants were experiencing some form of severe financial strain  one in six new claimants and one in five existing claimants had skipped a meal in the previous two weeks because they could not afford food.

People were using a range of strategies to “get by” including borrowing from banks (using a credit card, an overdraft or a bank loan) or from friends/family, as well as receiving “gifts” from friends/family. Food bank use and emergency help from local authorities or third sector organisations were also evident.

Additionally, almost half (46%) of new claimants had experienced some sort of difficulty applying for benefits. These included: telephone accessibility; calculating their household income and expenses; providing information related to housing or childcare costs; providing supporting documentation to prove eligibility; and submitting a joint claim as a couple.

Claimants reported that although many DWP staff were kind and helpful, they often felt that they did not always have the expertise and experience to fully answer their queries, perhaps reflecting the rapid redeployment of staff to frontline roles to cope with the large influx of new applications.

It was common for claimants to need to seek extra advice and support outside the DWP. Social media groups, family and friends, employers, and wider social networks, were all drawn upon to navigate the application process.

The Welfare at a (Social) Distance project is led by the Sustainable Housing & Urban Studies Unit (SHUSU) at the University of Salford, in partnership with Leeds, the University of Kent, the London School of Economics (LSE) and Deakin University, Australia.

It is the largest project in the UK focusing on the benefits system during COVID-19 and is providing rapid data to the Department for Work and Pensions and other key organisations to support the response to the pandemic.

Dr Kate Summers, Fellow at the LSE, who led the report, said: We should think more ambitiously about what success means within our social security benefits system. Yes, the benefits system held up through the first wave of the pandemic, but fundamental issues remain in terms of the adequacy of payment levels, and peoples ability to access and understand the system.

Related:  Having a heart attack during the peak of the pandemic - how the NHS coped

Many people who were new to the benefits system last year hoped and planned for their claims to be short term. As the pandemic has continued, the system is unlikely to provide adequate support in the medium and longer term, as peoples capacity to cope financially is eroded.

Some of the most severe forms of deprivation are most common among people who were making a claim before the pandemic started. These claimants, including those on legacy benefits, must not be forgotten in upcoming policy decisions.

Professor Lisa Scullion, Co-Director of SHUSU at the University of Salford, said: The last year has challenged the UK social security system like no other. The DWP moved swiftly to process an unprecedented number of new benefit applications and cope with soaring demand.

But now, ongoing weak labour market conditions mean that what might have initially been thought of as short-term financial situations to tide people over during the crisis may remain for the medium or long term. Many new claimants are depleting what limited resources they have in order to get by. Over time, we have an impending cliff edge facing people when their resources are totally exhausted, and they are still faced with fixed costs (e.g. mortgage or rent payments) that they cannot reduce.

The DWP must also recognise the challenges faced in the return to normal. For example, for new claimants, the benefits system during COVID-19 is the only one that they have ever experienced. Any post-pandemic changes in relation to benefit levels or work-related requirements need to be introduced carefully  and communicated fully in advance of their implementation  to avoid considerable levels of confusion.

The Welfare at a (Social) Distance project is funded by the Economic and Social Research Council as part of UK Research and Innovations rapid response to COVID-19. Over the course of the project, researchers will be publishing regular reports, blogs, and briefings about different aspects of the benefits system.