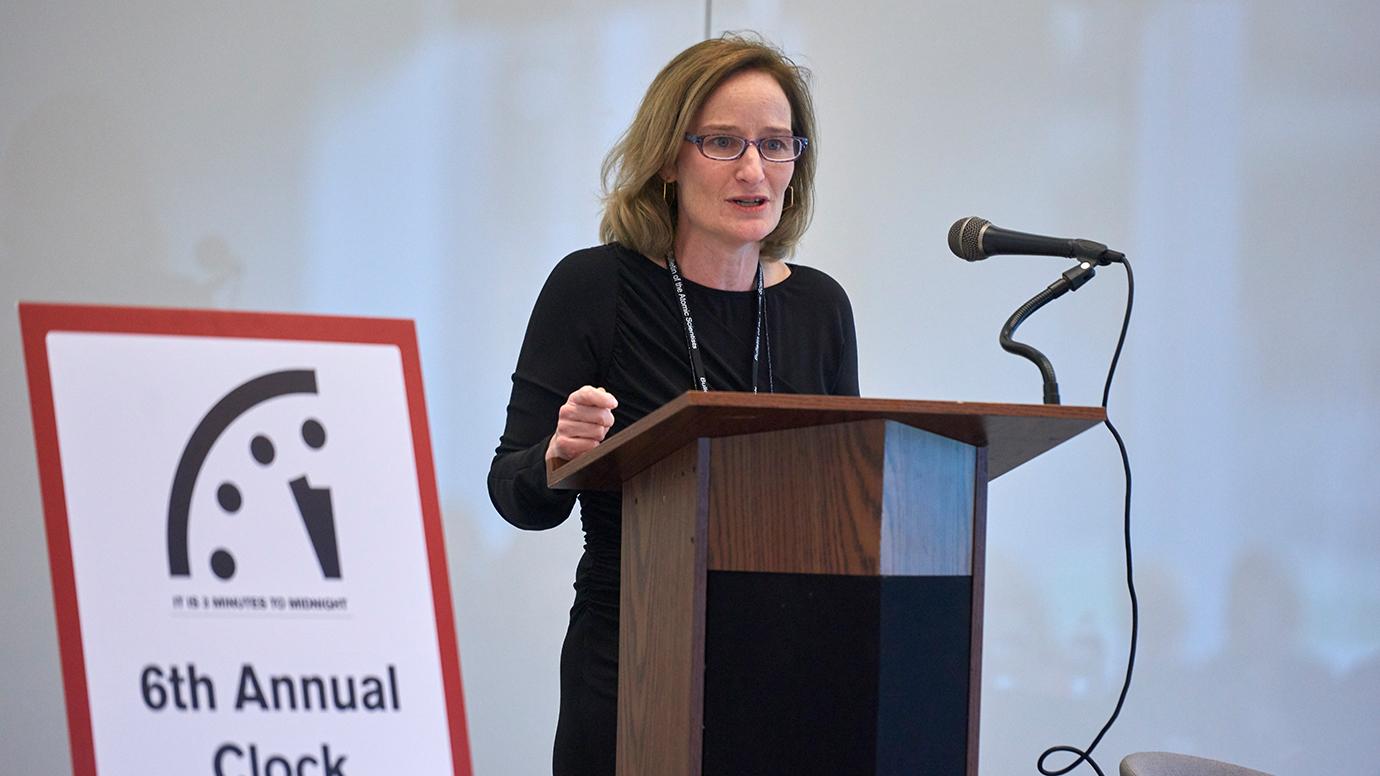 The Bulletin of the Atomic Scientists will host a live international news conference at 9 a.m. CT/10 a.m. ET on Wednesday, Jan. 27, to announce the 2021 time of the Doomsday Clock. The news conference will take place virtually via Zoom.

The Bulletin of the Atomic Scientists was created by Manhattan Project scientists based at the University of Chicago who saw an immediate need for a public reckoning in the aftermath of the atomic bombings of Hiroshima and Nagasaki. In 1947, the Bulletin created the iconic Doomsday Clock to signal how close humanity was to self-destruction, and it meets every year to determine how much metaphorical time we have to avert global catastrophe. Though it was first created in response to nuclear weapons, the clock reckoning now includes climate change and “disruptive technologies,” such as bio- and cybersecurity.

In 2020, the hands of the clock moved to 100 seconds to midnight—the closest it has ever been to apocalypse.

The speakers for the Doomsday Clock announcement include:

The Doomsday Clock is located at the Bulletin offices at 1307 E. 60th St., in in the lobby of the Keller Center, home to the University of Chicago Harris School of Public Policy.