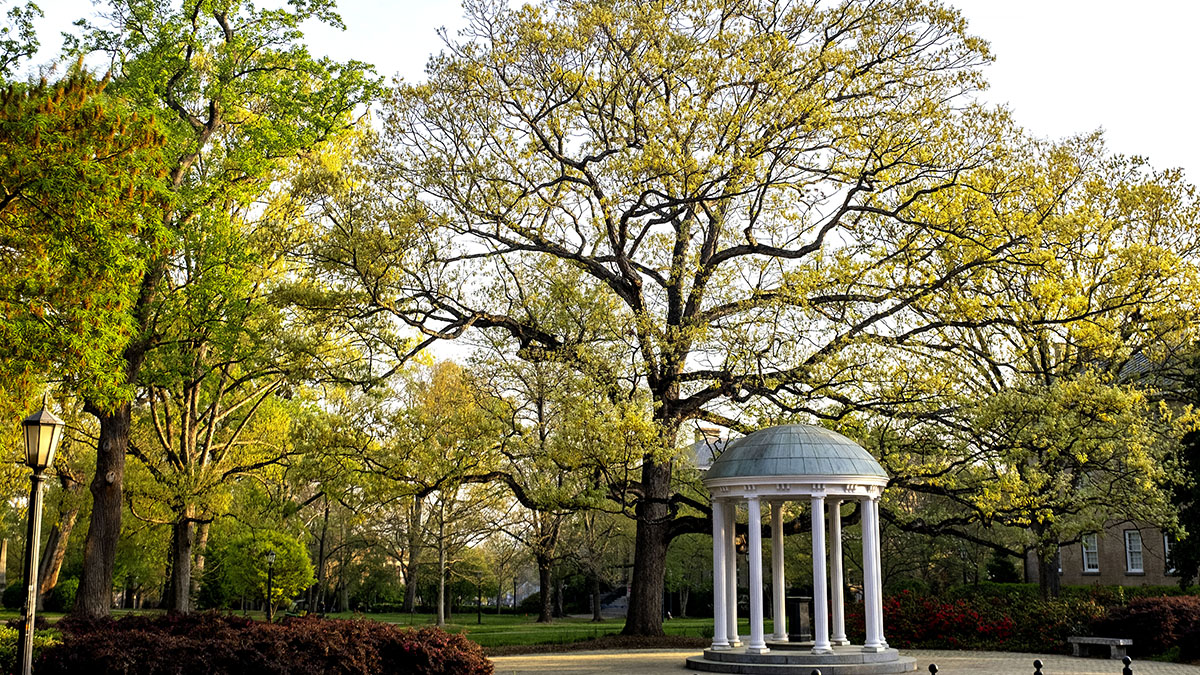 The new Climate Action Plan is available to the public in draft form, allowing all stakeholders the opportunity to provide feedback on the planned initiatives. Public input on the plan is encouraged during the comment period, beginning Friday, April 16, and ending Tuesday, June 15. The new plan will remain on sustainable.unc.edu, allowing easy access and more frequent updating to ensure Carolina remains a sustainability leader as new climate technologies and strategies emerge. All members of the community are welcomed to engage in the ongoing climate conversation to help build a more sustainable Carolina.

“Carolina needs holistic responses to climate change, and this plan is an important step in our goal of building a sustainable community here on campus,” said Chancellor Kevin M. Guskiewicz. “Drawing from the work of many, this plan represents bold action that reflects our determination to innovate and prepare together for an unknown future. I encourage everyone to review the plan and find ways to engage in the process.”

Related:  Another link in the chain | UNC-Chapel Hill

“While the University has enacted most of the planned initiatives from the 2009 Climate Action Plan, we must remain forward-focused and action-oriented in our sustainability efforts,” said Chief Sustainability Officer and Special Assistant to the Chancellor for Sustainability Michael F. Piehler. “The new Climate Action Plan is a detailed, strategic design that sets tenable but aggressive goals in our efforts to reduce greenhouse gas emissions. We have developed near- and long-term metrics to assess our success, and we look forward to sharing our progress.”

Areas of focus in the new plan include energy efficiency, stationary combustion, renewable energy and transportation, as well as education and research. The plan’s 25 strategies were developed by adapting to the advances in technologies, ideas and resources available to the University as Carolina continues its commitment to reducing greenhouse gas emissions.

The Carolina Sustainability Council, a group of students, faculty and staff who advise the chancellor and cabinet on the University’s sustainability strategy, led the research, planning and production of the new Climate Action Plan. The University recently transitioned to a new organizational umbrella, Sustainable Carolina, which encompasses the full range of sustainability efforts on campus.

Related:  The team behind a healthy season | UNC-Chapel Hill

The new Climate Action Plan demonstrates the University’s ongoing commitment to limiting the emission of greenhouse gases, as well as reducing water consumption and waste sent to landfills. Carolina is ranked No. 2 in meeting the United Nations’ Sustainable Development Goals in Times Higher Education’s rankings of United States universities and was ranked the No. 3 university in the United States in the 2020 UI Green Metric world ranking for sustainability efforts. The University also received a gold rating for sustainability performance by the Association for Advancement of Sustainability in Higher Education.