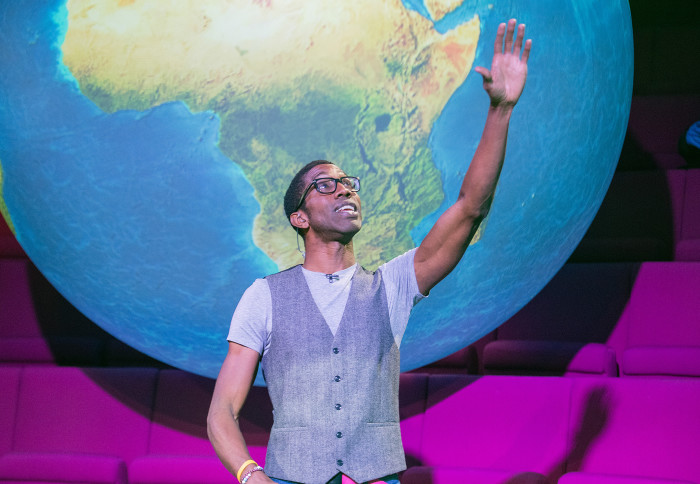 Chris Jackson is Professor of Basin Analysis in Imperial’s Department of Earth Science and Engineering. His lecture, titled ‘Planet Earth – A User’s Guide: 1. Engine Earth’ was the first of three Royal Institution Christmas Lectures delivered in 2020.

Using geological evidence from the planet’s rocks and fossils, Professor Jackson charted the Earth’s climate as it swung from hothouse to icehouse and back again, revealing radical climate changes throughout its history.

Through this evidence, Professor Jakcson reveals that what drives these changes is the amount of carbon dioxide (CO2) in our atmosphere. For billions of years, volcanic activity increased CO2 levels in the atmosphere, whereas the weathering of rocks and transport of sediments to the oceans reduced them over long timescales.

In the last 100 years, however, a new kind of geological force is tipping the balance of CO2 levels: human activity.

Before the lecture, Caroline Borgan caught up with Professor Jackson to talk about geoscience, climate change, and diversity, as he is the first Black scientist to deliver a Christmas Lecture.

The lecture, and the other two in the 2020 series, are available to watch on BBC iPlayer. They will also be archived at the end of January on the Royal Institution website.