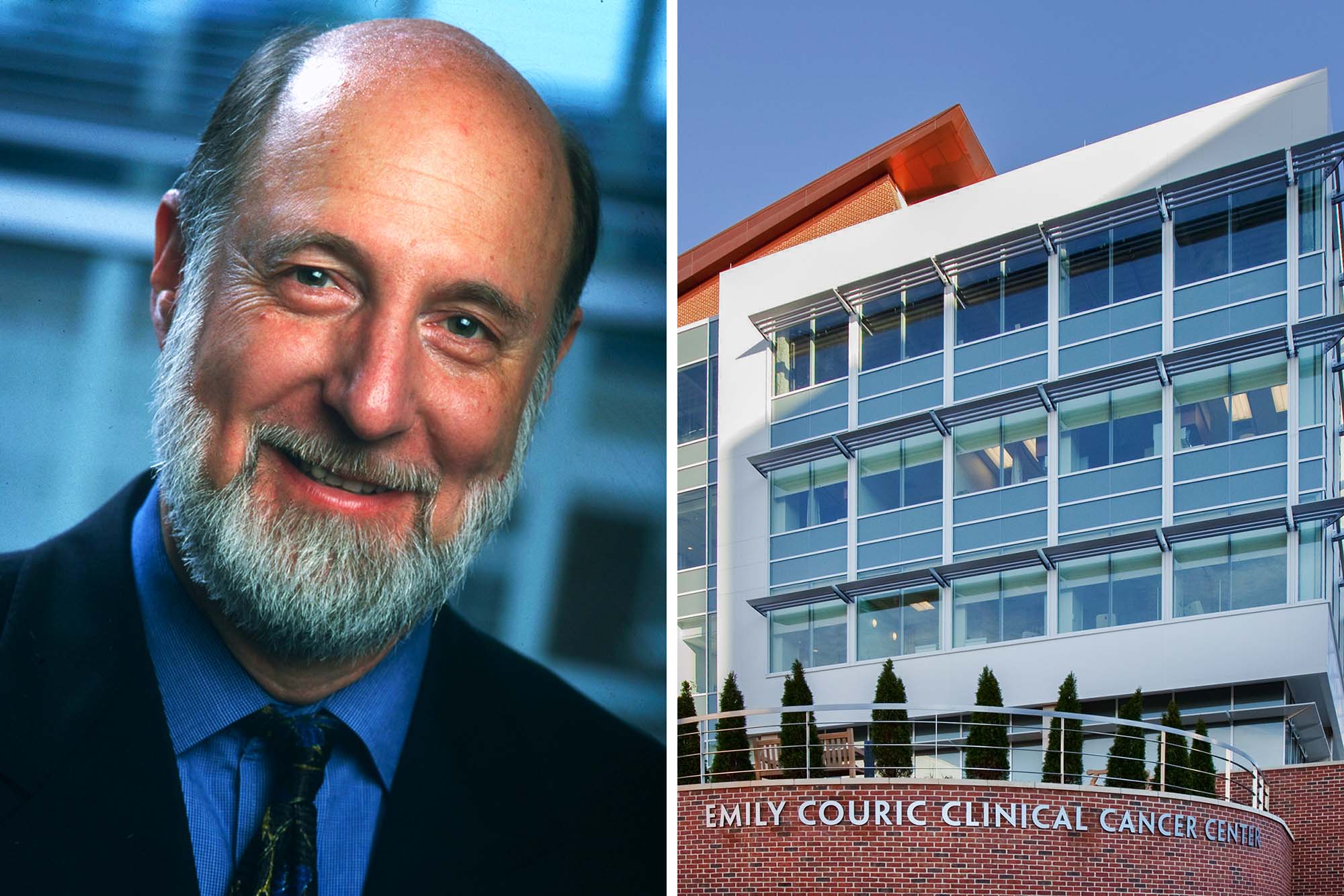 Michael J. Weber, 78, former director of the University of Virginia Cancer Center, died Feb. 11 at home in Albemarle County. He was well-regarded for helping establish the UVA Cancer Center, and later as its director, for guiding it into the 21st century.

“Mike was the heart and soul of the cancer center,” Dr. Thomas Loughran Jr., the current director, wrote in email. “Under his direction, the cancer center was recognized as a national leader in cancer discovery.”

Weber, a cancer biologist, came to UVA in 1983 as a School of Medicine researcher working on cancer cell signaling. He was instrumental in the founding of the UVA Cancer Center a year later with the help of a grant from the National Cancer Institute. Since 1987, the center has retained the critical NCI designation.

A proponent of basic science research, Weber said in an interview at the time, “If there’s going to be a quantum leap in cancer treatment, it has to be based on understanding the basic ‘look’ of cancer cells.”

Weber was a preeminent scientist and cancer researcher who made seminal contributions to the field, including the characterization of the MAP kinase pathway, involving a cellular protein that is a key regulator of cell growth and an important drug target in many cancer therapies.

A graduate of Haverford College and the University of California, San Diego, Weber served as associate director of laboratory research at the UVA Cancer Center from 1994 until he became the center’s director in 2000.

He had been in the top 1% of the most-cited scientists in molecular biology and genetics-biology and biochemistry. Even after retirement in 2013, he continued to run an active lab and work on new drug therapies.

Over the years, Weber saw the cancer center grow toward patient-centered clinical care and partner with the community on needed services as more people went through cancer treatment.

Just as Weber took the helm as director, state Sen. Emily Couric was diagnosed and treated for pancreatic cancer. After she died in 2001, her family [Dr. George Beller, a UVA cardiologist, was Couric’s husband; and TV journalist Katie Couric, a UVA alumna, was her sister], friends and supporters – along with Weber – helped with fundraising for a new building that would bring together cancer services.

Pharmacology professor John Lazo called Weber “a mentor’s mentor,” writing, “He was a forceful leader of the UVA Cancer Center and taught all of us so many things about science and cancer biology.”

Like many others, Roger Abounader, the cancer center’s associate director of basic science, wrote, “Mike made a lasting impression on me and many individuals at UVA and beyond. He will be missed.”

Weber is survived by his wife of 53 years, two sons and daughters-in-law and a grandchild.

Members of the UVA Cancer Center have established an annual scientific symposium to honor Weber’s life and achievements. The Michael J. Weber Symposium will invite world-renowned scientists and clinicians to the University to present their findings and exchange ideas to advance cancer research.