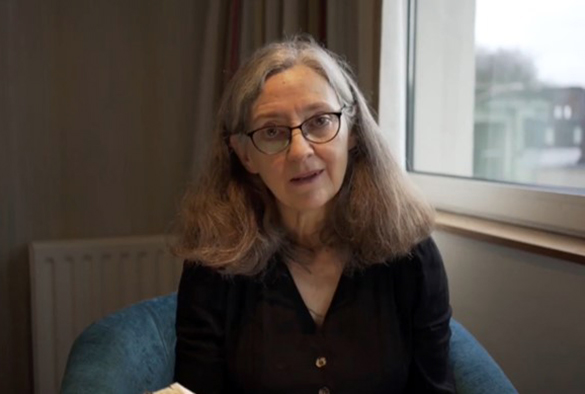 The University of Liverpool’s Institute of Irish Studies is delighted to announce Human Chain: Poets on the Poetry of Seamus Heaney, an online event dedicated to the life and work of the Nobel Laureate Seamus Heaney.

The enormity and stature of Seamus Heaney’s work has been witnessed recently in two ways. In an interview in the Cork Examiner in 1972, referring to the Troubles in Northern Ireland, Heaney had remarked “If we winter this one out, we can summer anywhere”. That line has become something of a motto during the pandemic and has appeared in wall murals, radio and TV programmes and across Twitter as both a sign of both hope and resilience. President Elect Joe Biden summoned lines for Heaney’s The Cure at Troy, during his Democratic Party nomination acceptance speech and when awarded the Presidential Medal of Freedom quoted from Heaney’s From the Republic of Conscience. Only a poet as recognised globally as Seamus Heaney could circulate from the streets of Ireland to the White House.

“We hope that in the meantime you will enjoy Human Chain: Poets on the Poetry of Seamus Heaney which seeks to capture the thoughts of five internationally renowned poets on whom Heaney’s work has had a profound influence.”

The Institute of Irish Studies would also like to thank celebrated Irish actress, Bríd Brennan (pictured) who provides additional readings of the late poet’s work from a personal selection.

The readings are framed with a message of welcome from Catherine Heaney and a response by the Institute of Irish Studies’ lecturer, Dr Eleanor Lybeck.

With its joint patrons HRH the Prince of Wales and the President of Ireland, the Institute of Irish Studies exists to promote understanding between, and a reflection of, the shared cultures on these islands and, as such, Seamus Heaney holds a special place in its teaching, research and practice.

Born and raised in County Derry, Seamus Heaney was the author of more than 20 volumes of poetry, translations and criticism and is widely recognised as one of the major poets of the 20th Century. He won the Nobel Prize in 1995 “for works of lyrical beauty and ethical depth, which exalt everyday miracles and the living past”. His life, as a poet who wrote in English and had a truly global impact serves as reminder of the best of Irish culture at home and abroad. As Catherine Heaney said, she was “surprised and moved by the personal nature of these stories” and extends her invitation for you to share them also.