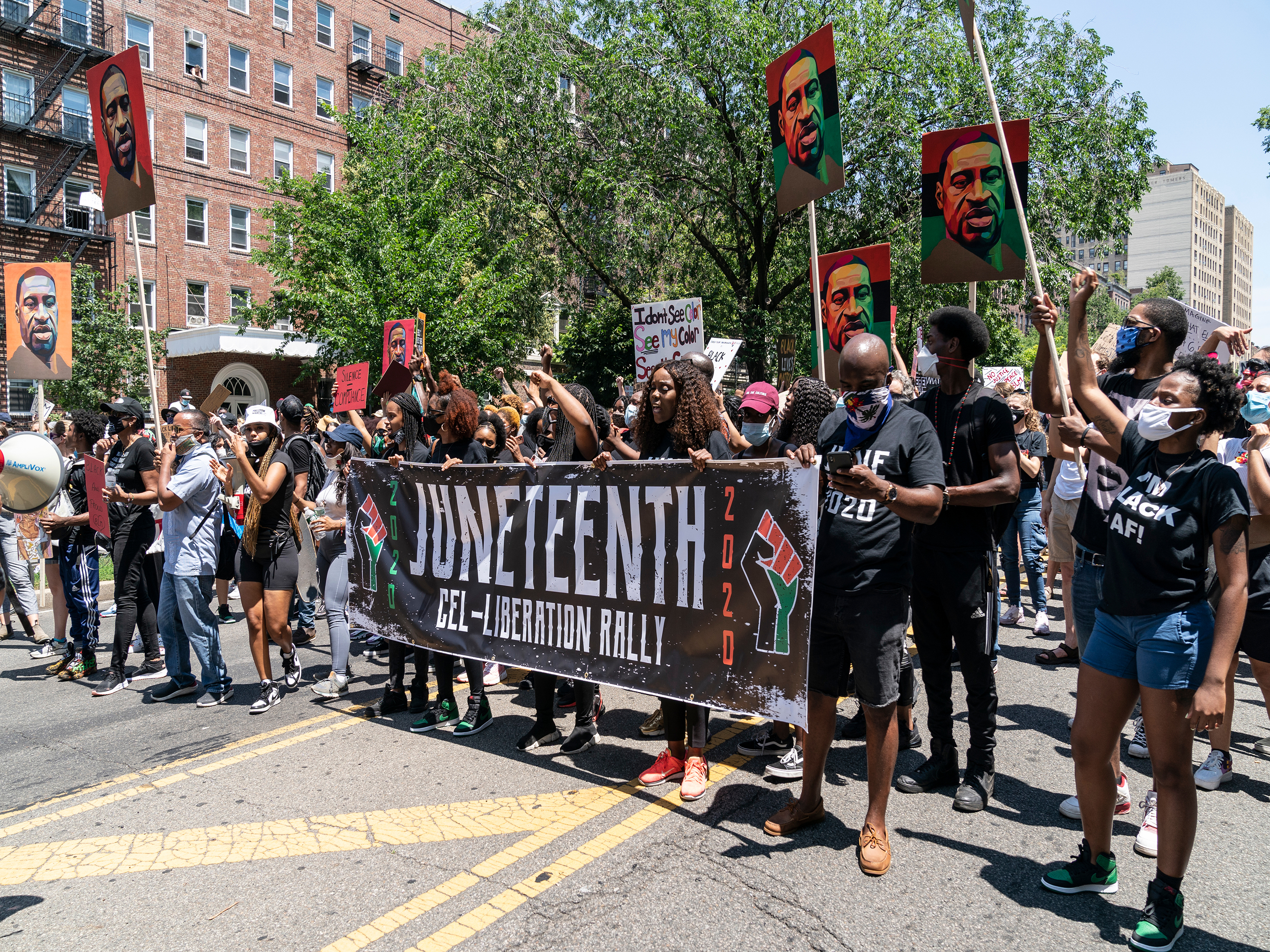 This week Congress took the historic step of voting overwhelming to establish Juneteenth as a federal holiday commemorating the end of slavery, sending the measure to President Biden for his signature.

While Juneteenth has been celebrated over the last 156 years, there has been growing momentum for widespread recognition of the holiday following the deaths of George Floyd, Breonna Taylor, Ahmaud Arbery and other Black Americans, which led to renewed calls for police reform and a reeaximation of the the long-lasting effects of slavery in the United States.

Congressional action comes as New Jersey was already poised to celebrate Juneteenth – also known as Freedom Day or Emancipation Day – for the first time Friday as an official state holiday.

Tiffany Gill, an associate professor of history and a scholar of 20th century African American history who teaches courses such as “African American History since 1865” and “Black Lives Matter,” shares insights on the day, resources for those interested in learning more about racial justice and addresses ways that everyone can celebrate Juneteenth.

“The most important way that those who are not Black or descendants of the enslaved can celebrate the spirit and legacy of Juneteenth is by learning about and committing to the struggle for Black freedom,” Gill said.

For those unfamiliar with the holiday, what is Juneteenth?

Juneteenth is an annual commemoration marking the end of slavery in the United States. The name is derived from the date June 19, 1865, when Maj. Gen. Gordon Granger informed the people of Texas that all enslaved persons were now free, two and a half years after the Emancipation Proclamation. For enslaved people and their descendants in Texas and across the U.S., this is a day to celebrate the ending of slavery and the continuing struggle for Black freedom.

What is the significance of this day being finally recognized as a national holiday?

I commend Congress for moving to make Juneteenth a national holiday.  As a nation, we need to do more to recognize the contributions of enslaved people and their descendants.  However, the gesture rings hollow in light of recent attempts by that same body to silence the teaching of African American History and Ethnic Studies (what they mis-identify as Critical Race Theory) and their failure to pass any meaningful legislation to secure voting rights.  While the parades, paegents, barbecues, singing and merriment that accompany Juneteenth celebrations reflect the joy of emancipation, the continuing struggle for justice and freedom is never far from the celebrants’ minds. A national holiday is nice, but it falls short of the true meaning of Juneteenth without tangible action to advance the causes that were most important to the generation that emerged from slavery. I would hate to see Juneteenth go the way of the Martin Luther King, Jr. Day, a holiday does little to reflect the complexity of the man or the larger movement he represented.

As the country continues to confront racism, what work still needs to be done?

There is still so much work to be done, but in many ways, there’s more work that needs to be undone if the United States wishes not only to acknowledge that racism exists, but to make meaningful progress toward eradicating it. That means we must be willing to take a hard look at this country’s foundational institutions – our systems of government, policing, education, economics – and be willing to revolutionize and even dismantle them, if necessary, to rebuild a more equitable society.

What recommendations of books or resources for those who seek to be allies to the cause of racial justice?

Last year, as streets across this country teemed with protestors in the wake of the murder of George Floyd, book retailers reported a surge in sales, which was a positive development. However, I was troubled that many of the books that filled the bestsellers’ lists dealt with race but did not necessarily center the lives and experiences of Black people. I would encourage those who seek to be allies to seek out books that grapple with African American life, in all of its complexities, on its own terms. To that end, I would recommend Annette Gordon-Reed’s, On Juneteenth which chronicles the history of the holiday through her life as a Black Texan. In addition, I would suggest President Jonathan Holloway’s recently published The Cause of Freedom: A Concise History of African Americans, which provides a sweeping overview of the ways African Americans have grappled with what it means to be an American since their forced arrival to these shores. Finally, the Netflix limited series High on the Hog: How African American Cuisine Transformed America is a visually decadent narrative that uses food as a lens into the complexities of Black history and is a must-see for anyone interested in African American life and culture.