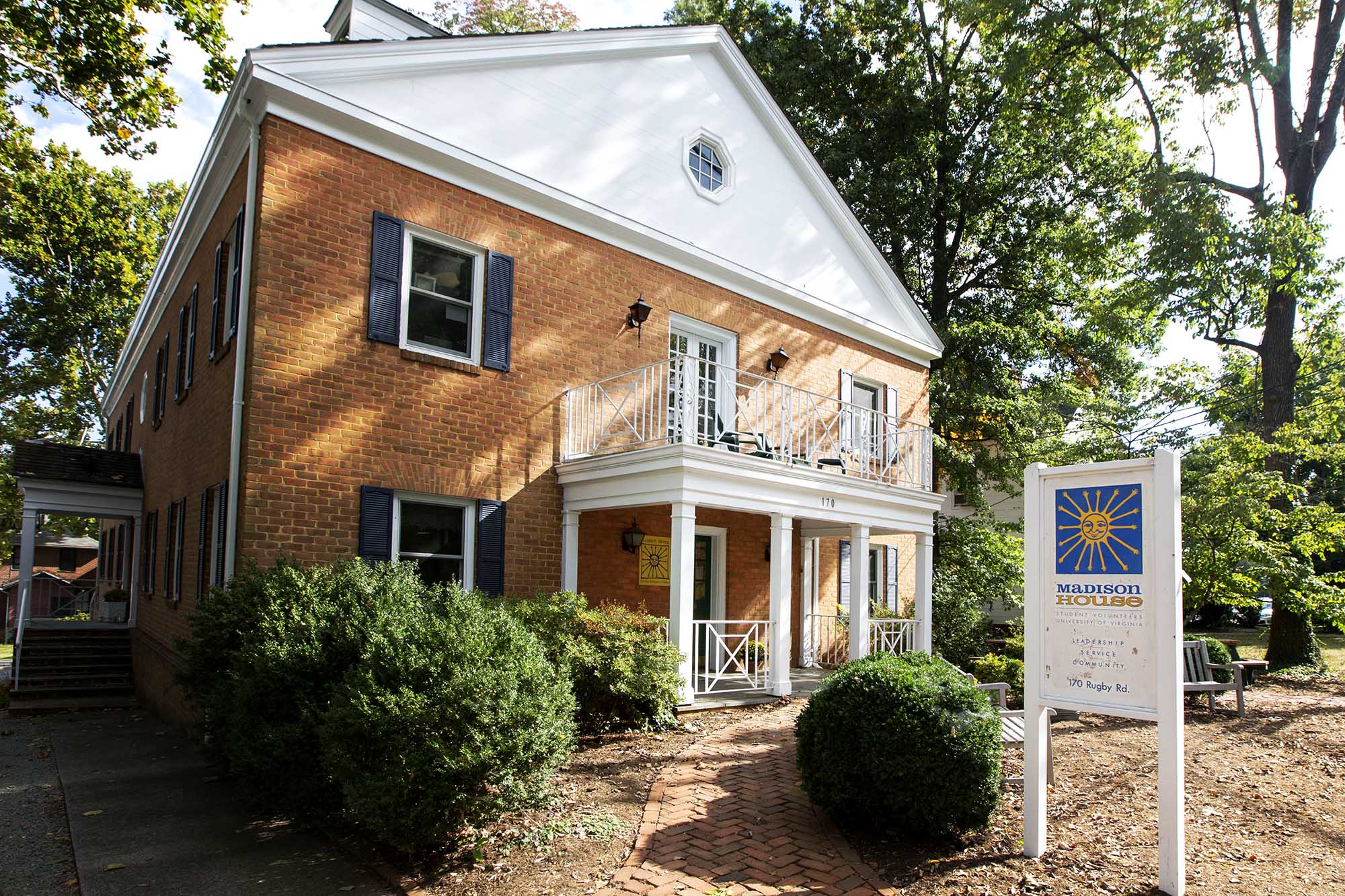 The photos give new meaning to the word “resilience” – and that was the whole idea.

During the fall semester, University of Virginia students and their counterparts at Ghent University in Belgium took part in a virtual, non-credit course, “Resilience in the Face of Complexity, Uncertainty, and Injustice.”

Madison House, the independent, nonprofit volunteer center for UVA students, partnered with the U.S. Department of State and the Presidential Precinct to host the course, which entailed Zoom meetings and accompanying coursework. The course was part of the International Visitor Leadership Program, an 80-year-old initiative to promote cross-cultural relationships and further U.S. foreign policy goals.

Many of the Belgian students had traveled to Charlottesville in the spring of 2018 to meet with community members affected by the violent “Unite the Right” rallies in August 2017.

The conversations between the UVA and Belgian students focused on leadership strategies and culminated in a project in which the students shared photos that they believed illustrated and exemplified resilience in American and Belgian contexts.

“Over the course of this year, my teammates, coaches and athletic directors have all struggled with pursing our passions in the midst of a pandemic,” Rodriguez said. “The community of track and field is what I believe to be one of the most universal and diverse sports across the board. I have teammates from all across the globe, and during this global pandemic, we have all sought resilience through continuing to push through every situation one day at a time. I find it powerful that people from all nationalities, races, classes and genders are able to come together and create a community of support for each other.”

“I was going to take pictures of a food bank in Ghent this week, but due to family issues I have been home all week – so I only could share this picture (it’s actually a video) of the BLM protest in Brussels in June,” Delbeke said. “On the video, the man with the hat is shouting, ‘No justice!’ where everyone else responds with, ‘No peace!’ I think protesting is a very affective type of resilience. It shows how we, the people, don’t agree with the policy of the state. In this way we show the government that something has to change.”

“This photo was taken at a Jane Fonda’s National Fire Drill in January. She brings together celebrities, community leaders, scientists, politicians, etc. to speak on climate change and its impacts,” Noel said. “This specific rally was held outside of the U.S. Capitol in D.C. The sense of community created by a group of strangers was inspiring to see. It gave me hope to see other people who practiced resilience for the benefit of the planet and its people, with an emphasis on underrepresented communities.”

“This is a photo of a recent protest of the Clark statue. This statue has been fought against for years, and after this recent protest in September, the UVA board finally approved to take it down!” Stone said. “I chose this photo because it exemplifies how the Charlottesville community can organize between students and residents and be highly successful. Along with that, one of the speakers mentioned that this had been a 30-year fight for him, but one that he knew was worth continually fighting for.”

“This is a picture I have taken not far from where I run. I was running as usual and [suddenly] I saw this graffiti,” Bakkioui said. “While I was looking at it, I took my phone and made a picture of it instead of just thinking about it without using my phone. At this moment, I understood that the graffiti was very true and I need to be more resilient when it comes to my phone and social media.”

“This is a picture I took at the opening of the National Museum of African American History and Culture,” Diallo said. “Through all the hardships and decades of suffering, I am reminded that Black is beautiful. There is so much to be proud of and worth appreciating because to be Black is to be resilient. It was an amazing time and I got to experience this surrounded by Black people living in one of the best predominately Black counties in the country.”

“I have chosen this picture of ‘Start to Talk,’ a project run by students in Ghent. A lot of students are suffering from mental illness, but they’re very afraid to talk about it. Start to Talk brings students together to talk in an informal setting about their mental health and it tries to improve the wellbeing of students. To me, this is a good and humane example of resilience: using your strengths to help others.”

“When schools transitioned to online learning this past spring due to COVID, my neighborhood planned an activity to help cheer up the kids. We all placed stuffed animals in places that were visible from the sidewalk, so that kids could go on a socially distanced-neighborhood scavenger hunt,” Shekleton said. “This is a picture of some stuffed animals at the front door of my family’s house – my dog decided to join in also, he’s on the far right! I found this to be a powerful example of community resilience because my neighborhood found a fun way for kids to be outdoors and have fun despite all the socialization restrictions during COVID.”

“This is a picture of my classmate Lore Baeten of international politics. She has written a book about her mental progress after being raped at the age of 15,” deRomsée said. “She has not only shared her trauma through a book to help others who struggle with the same harsh process, she is also politically active in her own city and national level while she is still studying.”

“Every summer since I was 17, I have worked as a camp counselor for the Muscular Dystrophy Association. I work with the most amazing kids you’ll ever meet,” Poe said. “This is a picture taken during my first year as a counselor, and probably one of my favorite memories at camp! The Muscular Dystrophy Association makes camp free for all campers, and additionally the kids get to do things they have never been able to do before, such as archery, or even doing a ropes course. It’s always my favorite part of the summer! These kids are the definition of resilience!”

“I would like to talk about the resilience in certain types of patients. This is a picture of the revalidation center right across my campus building in the university hospital of Ghent,” Van Pee said. “I see this building every day, and inside of it are patients who show extraordinary courage, willpower and determination on a daily basis, even when all the odds were turned against them, so that one day they can emerge as a fully functioning human being and reclaim their part in society.”

“This is a photo I took this morning at UVA Children’s Hospital. They have a statue garden outside; all of the statues have masks now. These statues are a reminder to the patients of this hospital and everyone who passes by them that sometimes we need to smile and have a little fun with childish stories and statues to be resilient.”