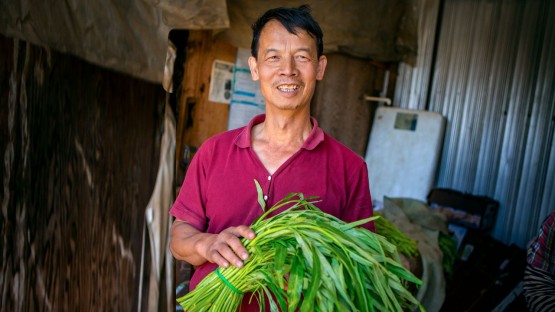 Recognizing that produce is grown and harvested by farmers of many different backgrounds, the Cornell’s Produce Safety Alliance has expanded to include education and training for Spanish, Chinese and Portuguese speaking growers in the U.S. and elsewhere.

“We have farmers in this country and globally who provide fruits and vegetables to U.S. consumers and they need training in other languages,” said Elizabeth Bihn, director of the Produce Safety Alliance, a cooperative agreement between Cornell, the U.S. Department of Agriculture (USDA), and the Food and Drug Administration (FDA). “We are working hard to ensure we can offer trainings and educational materials in as many languages as possible.”

Produce safety regulation guidance in an array of languages is critical to the successful implementation of practices to reduce microbial risks in the food supply. With the only federally funded, standardized produce safety curriculum recognized by the FDA in the U.S., Cornell’s Produce Safety Alliance (PSA), established in 2010, plays a lead role in educating growers about regulatory expectations.

The PSA’s objective has been to provide the U.S. produce industry and associated groups with science-based knowledge and training on farm food safety, so they can meet requirements outlined in the Food Safety Modernization Act (FSMA) Produce Safety Rule.

International growers who export produce to the U.S. must comply with the FSMA produce safety rule.

In Latin America, which provides 43% of imported fruit to the U.S., the need to provide education and training in Spanish and Portuguese is especially important. Vegetable imports from Latin America have risen annually at a rate of 6.3% since 2007.

To help Spanish-speaking growers in the U.S. and Latin American comply with this rule, the PSA has hired three Spanish-language extension associates since 2019, has translated the PSA curriculum into Spanish, and launched a comprehensive website in Spanish. In addition, the PSA team is actively working to complete an online training course in Spanish and establish a Spanish lead trainer review process.

The soon-to-be-released Portuguese curriculum on the PSA website will help expand training options in South American countries in particular.

When the PSA surveyed its educators about other languages that would be helpful to meet grower needs in the U.S., Chinese was a common suggestion. The PSA recently completed the translation of its curriculum into Chinese with downloadable Chinese training manuals on its website.

“The language diversity needs of farmers that must comply with the FSMA [Public Safety Rule] within and outside of the United States goes far beyond the translations we currently have,” Bihn said. “For that reason, the PSA will continue to work to expand education and trainings offered in other languages as a means to support the success of farmers domestically as well as internationally to help ensure the safety and abundance of produce in the U.S.”

Erin Rodger is senior manager of marketing and communications at Cornell AgriTech.