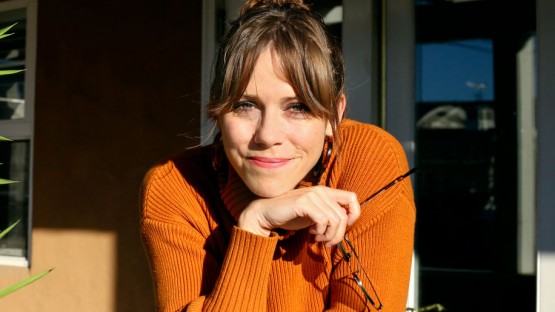 Molly O’Toole ’09, an immigration and security reporter with the Los Angeles Times, has been named the Zubrow Distinguished Visiting Journalist Fellow in the College of Arts and Sciences.

The program brings accomplished journalists to Cornell each year to interact with faculty, researchers and students. Marc Lacey ’87, assistant managing editor for The New York Times, was the inaugural distinguished journalist in 2020.

O’Toole was one of the recipients of the first Pulitzer Prize for audio journalism in 2020, reporting for an episode of “This American Life.” The episode, “The Out Crowd,” explored the impacts of the Trump administration’s “Remain in Mexico” asylum policy, which stipulated that asylum-seekers be returned to Mexico to wait for U.S. court hearings rather than being allowed to remain in the country.

She has also reported for the Washington Post, the Atlantic, the New Republic, Newsweek and the Associated Press from Central America, West Africa, the Middle East, the Persian Gulf and South Asia.

The Zubrow Fellows meet with students interested in journalism and the media, participate in panel discussions, make guest presentations in classes and learn about the latest research, scholarship and creative works emerging from Cornell.

“We are delighted to host Molly O’Toole next fall to engage with the Cornell community extensively, and share her insights from reporting on vital stories of our time around the globe,” said Ray Jayawardhana, the Harold Tanner Dean of Arts and Sciences, who created the program two years ago. “Our visiting journalist program not only recognizes fine journalists, but also offers them a close-up look at the unfolding discoveries and creative works of our faculty.”

O’Toole is expected to be on campus for the fall semester of 2021, meeting with students and faculty and teaching an American studies class, “The American Dream: Journalism, Politics and Identity in U.S. Immigration Policy.”

“We’ll be looking at how journalists have contributed to the policy and politics of immigration in the U.S. by how they’ve covered immigrant waves in the 20th and 21st centuries,” she said. “I also want to help make students comfortable creating their own journalism, and in confronting policymakers themselves.”

An English major at Cornell, O’Toole said she is looking forward to spending time at The Cornell Daily Sun (where she worked as an undergraduate), offering career talks to students. She also hopes to work with faculty who are researching immigration and migration issues in A&S as well as at the Cornell Law School, Global Cornell’s Migrations Grand Challenge and the Mario Einaudi Center for International Studies. She’ll also be working on a book project on the migration route that refugees from around the world are taking through the Americas to the U.S.-Mexico border.

“What I loved about Cornell was that I would learn the practical skills of putting out a newspaper at the Daily Sun, then I would take wonderful creative writing courses as an English major that allowed me to tap into a different side of writing that complemented the journalism,” she said. “I also took as many classes as I could in American studies and government, so I learned to see connections and larger themes in international affairs. And I developed a way of critically thinking about the world that I use all of the time as a journalist.”

After graduating from Cornell, O’Toole earned a dual master’s degree in international relations and journalism from New York University, then worked at Reuters, the Huffington Post, the Atlantic’s Defense One and Foreign Policy, and as a freelance foreign correspondent, before joining the Los Angeles Times.

The Distinguished Visiting Journalist program is funded through a significant endowment from Jan Rock Zubrow ’77 and Barry Zubrow, as well as additional philanthropic support from Jay Branegan ’72, Rose Gutfeld Edwards ’78 and the Dr. Guinevere Griest ’44 Fund for Public Engagement in A&S.

Kathy Hovis is a writer for the College of Arts and Sciences.