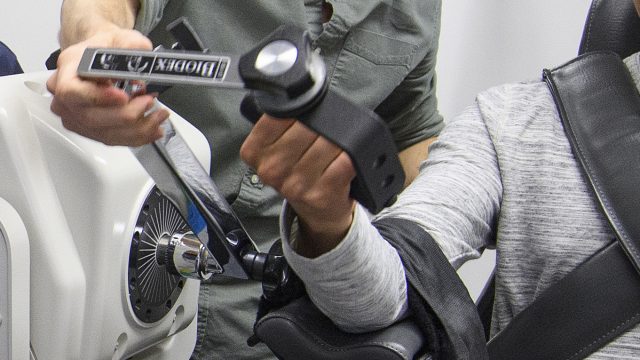 OXFORD, Miss. – Human physiology researchers at the University of Mississippi continue to make strides in studies of blood flow restriction that provide evidence for the technique’s therapeutic application in improving muscle strength and endurance with a reduced weight load.

Blood flow restriction is a therapy that restricts blood flow by placing a pressure cuff on a patient’s limb while they exercise. Through blood flow restriction, the patient is able to use a lighter form of resistance to produce greater muscle size and strength, which can benefit patients who are older, rehabilitating after surgery or who want to gain muscle size and strength more quickly.

Jeremy Loenneke, an associate professor of health, exercise science and recreation management, leads a team of five graduate students in the Kevser Ermin Applied Physiology Laboratory that is researching novel ways to use blood flow restriction to allow the technique to be safely used by a wider population.

“Research on blood flow restriction is important because there is a need to develop alternative methods to induce beneficial muscular effects when more traditional methods are not able to be used,” Loenneke said. “Blood flow restriction, through the application of a cuff around the arm or leg, has repeatedly shown to produce these beneficial effects, even in the absence of exercise.” 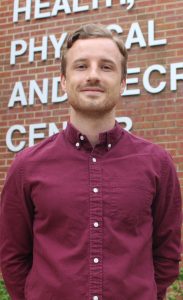 Doctoral students Zachary Bell and Vic Wong recently published articles based on results from the lab’s most recent research. Bell’s study, published in Physiological Measurement, tested practical blood flow restriction and the potential to condition a patient to recognize what the restriction pressure should feel like, in an effort to know if they could apply it correctly by themselves later.

Previous research showed that continuous pressure, if self-applied by the patient, was not consistent.

“We conceived the idea of measuring the cuff pressure using our specialized equipment and then attempted to condition the person to how the cuff should feel, so they might replicate this pressure on their own,” Bell said. “Since there appears to be ineffective methods when applying what would be deemed the correct pressure, we considered this to be an appropriate next step to take with the practical blood flow restriction literature.”

“Blood flow restriction is a unique form of exercise, and the specific groups who perform this type of training are either health-compromised or perhaps discouraged by the idea of using a heavy-weighted exercise with their training,” Bell said. 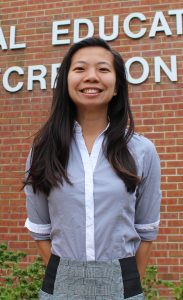 Wong’s study, published in the Journal of Strength and Conditioning Research, investigated whether applying blood flow restriction following a fatiguing session of exercise could improve muscle recovery, both in the short term and in the days following exercise. Her study explored new ways to help athletes recover before competing if they have to compete several times during the same day.

“The current protocol did not improve recovery or decrease the feeling of soreness,” Wong said. “It is likely that the intensity of the therapy was too low to have a benefit or the modified blood pressure cuffs may need to be left on longer. We need more research to know for sure.”

Wong’s research contributes to the blood flow restriction literature and helps the team learn what adjustments can be made to see improvements on its next study, Loenneke explained.

“If Vic can build upon this idea, she might be able to create a protocol that enhances the muscles’ ability to recover from high volumes of exercise, which would have broad implications for sport,” he said.

Loenneke, who joined the Ole Miss faculty in 2014, began researching blood flow restriction while earning his master’s degree at Southeast Missouri State University, where he recently was honored with the 2020 Distinguished Young Alumni Award. He continued his research into the technique while earning his doctorate at the University of Oklahoma.

Regarded as an expert in the field of blood flow restriction, Loenneke has presented the lab’s research 28 times at national and international conferences.

“At the end of September, I will be presenting at the 2020 Congreso Internacional Fivestars Hipertrofia Muscular hosted in Spain in a virtual conference,” Loenneke said. “All of the ideas presented are those that have been developed with the help of my current and former students.”

Besides routinely presenting the lab’s research at academic and medical conferences, Loenneke recently appeared in an interview with International Federation of Bodybuilding and Fitness pros and National Physique Committee judges Chet and Natalie Nichols, where they discussed the technique’s application in bodybuilding. The “USA Physique-The Coaching Authority” YouTube channel has nearly 10,000 subscribers, providing a wider audience for evidence-based information about the technique and its application to physical fitness.

For more information about the lab’s work in the Department of Health, Exercise Science and Recreation Management, visit http://hesrm.olemiss.edu/.