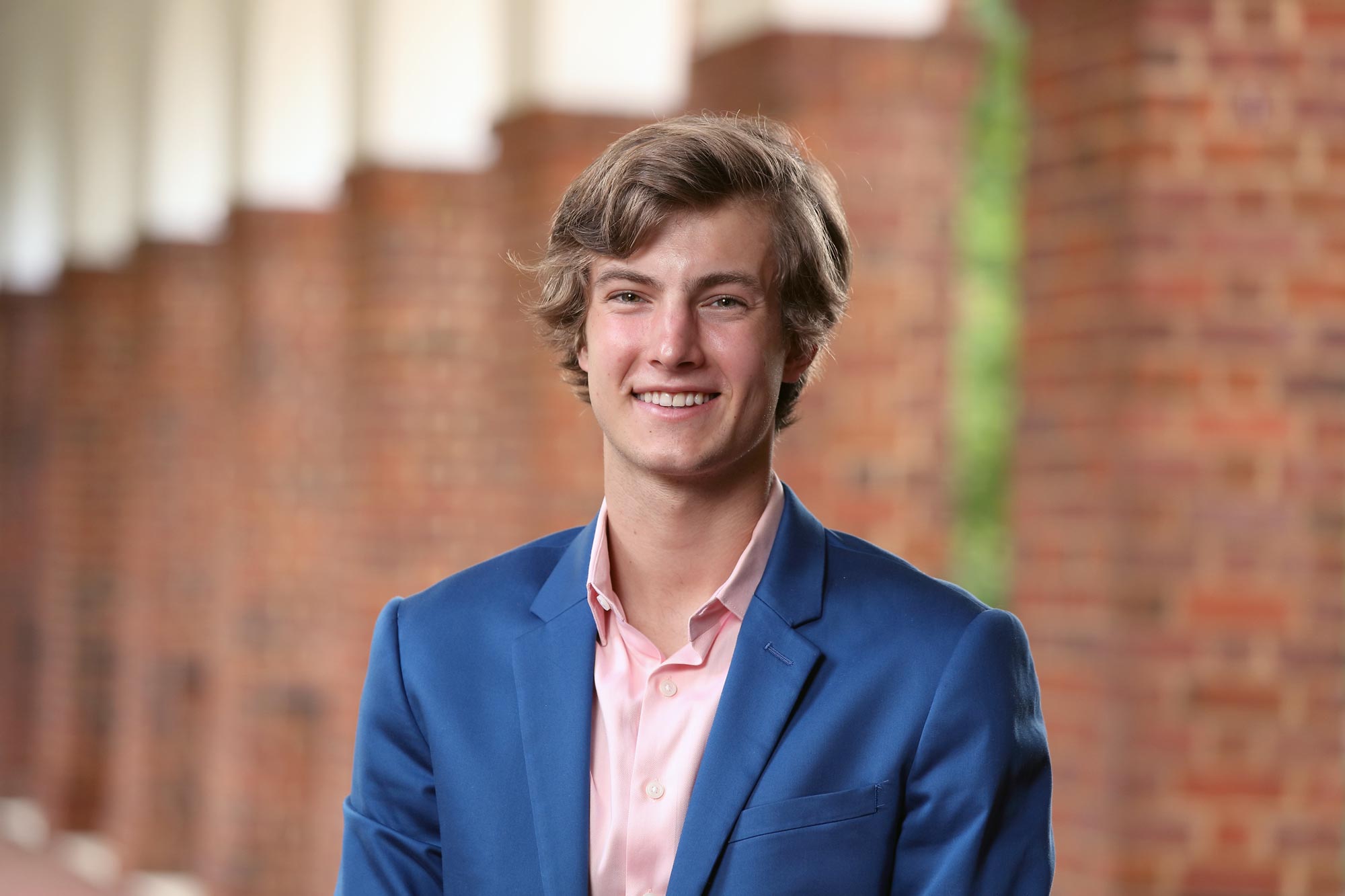 Chase Dawson is a third-year computer science student at the University of Virginia who was determined to overcome setbacks from the pandemic. He originally planned to spend the summer in Denmark and France, gaining firsthand knowledge about international sustainability issues. When coronavirus made travel inadvisable, he looked for another way to apply his education toward good.

The internship program is offered through the University of Virginia Biocomplexity Institute’s Social and Decision Analytics Division. Students from diverse disciplines spend a summer learning by doing, participating as part of multidisciplinary teams on data science research projects at the intersection of statistics, computation and the social sciences. Teams work directly with stakeholders to solve problems that transform communities.

The program offered even more opportunities this year, in part due to a nearly $1 million grant from the U.S. Department of Agriculture. With the new funding, the Biocomplexity Institute leads a partnership with Virginia Tech, Virginia State University, Iowa State University and Oregon State University to solve complex community challenges and advance economic mobility in Virginia, Iowa and Oregon.

“The grant created a multi-university coordination network going into this year’s Data Science for the Public Good Young Scholars program,” said Gizem Korkmaz, a Biocomplexity Institute research associate professor and internship program co-director. “We were able to extend the breadth and scope of the projects in collaboration with other universities, across three states, and even include interaction with corporate partners.”

Also for the first time this year, the program extended its reach internationally. In collaboration with a nonprofit based in Turkey, international students were offered the opportunity to work on research projects that would benefit communities in Istanbul.

The domestic and international expansions resulted in the largest number of internships to date – 90 across five universities in support of 33 total research projects. A full third of the internships were offered at UVA, involving seven graduate students and 14 undergraduate students.

Dawson became aware of the program after the application deadline, but he was inspired when he saw computer science researchers at the epicenter of the institute’s modeling being profiled for their contributions in the fight against COVID-19. He thought his Bachelor of Arts program in computer science made him a particularly good fit for institute initiatives, so he took the chance and applied late.

Related:  UVA Confirms Plans to Welcome Students Back to Grounds for Fall

Something beyond Dawson’s computer science concentration and coding abilities stood out on his application. “Our work not only requires strong analytical skills, but also a passion for understanding social implications,” Korkmaz said. “Chase was interested in solving real-world problems and instituting change for the good of our communities.”

Dawson was invited to be a young scholar. He started by completing orientation training, the first of many sessions offered throughout the program.

“Many data science internships require applicants to have all of the technical skills. This can be a challenge for some students studying in social disciplines,” Korkmaz said. “Our program, in alignment with our research, is focused on multidisciplinary approaches, and we would not want this to be a hurdle. We offer all of the technical training so we can be as inclusive as possible.”

Dawson liked having exposure to technical training that would supplement his coding skills. “I was eager to learn more about natural language processing used in modeling large text datasets,” he said. “Much of the analysis for understanding public attitudes in guiding policy decisions happens through natural language processing because there are so many text datasets from social media.”

As expected, Dawson joined a COVID-19 project. But he also was encouraged to join additional projects of personal interest. He was most excited about the American Soldier Project because it would utilize natural language processing and was particularly relevant to discussions on racial justice that were happening all over the nation.

The research supports a National Endowment for the Humanities -funded digital history initiative, The American Soldier in World War II, aimed at raising public awareness on the wartime experiences of American GIs. The initiative had transcribed handwritten surveys of social attitudes collected from more than a half-million soldiers.

Using a text dataset of thousands of those surveys, the young scholars conducted natural language processing and social network analyses that formed a deep dive into the soldiers’ attitudes about race and gender relations. The data summaries, displayed on a public-facing platform, offer detailed answers to the researchers’ specific questions.

Related:  12 Mental Health and Wellness Resources Students, Faculty and Staff Should Know About

The analysis uncovered some specific findings regarding race and gender attitudes at that time. Even though some white soldiers favored desegregating military outfits, they did not want to live, eat or sleep alongside Black soldiers. The majority of soldiers also said women did not belong in the military.

“It was an honor to work on a digital humanities project that could so specifically uncover and record perspectives on race and gender,” Dawson said. “The statistical analysis offers a lens through which modern-day scholars, policymakers and citizens can study attitudes on race and gender in historical context.”

Dawson also appreciated how much the internship supplemented his coursework. “I’ve had many class discussions about how algorithms themselves can generate bias through improper design or use of unrepresentative data,” he said. “Discussing the potential for bias and actually mitigating it in practice are two very different tasks. Working on this project helped me understand the ways that technology perpetuates injustice and gave me some tools for creating equitable tech in the future.”

Dawson was so inspired by the historical importance of the American Soldier Project that he presented the findings to more than 350 scientists, scholars, researchers and policymakers at the program’s annual symposium, held virtually in August.

By the end of the summer, not only was Dawson more aware of his research interests, he had become a valued member of the America Soldier Project research team. The Biocomplexity Institute’s Social and Decision Analytics Division offered him a research fellowship to continue working on the project during the 2020-21 academic year.

“We made the right decision when we invited Chase to be a Young Scholar. He is smart, motivated, a fast learner and a great team player,” Korkmaz said. “He is making strong contributions to our research.”

“Chase is demonstrating the power of looking at global problems through both a social and scientific lens,” said Kevin Skadron, Harry Douglas Forsyth Professor and chair of UVA Engineering’s Department of Computer Science. “I am delighted to see how he turned a setback into an opportunity to apply his computer science education to high-impact research projects in service to others.”