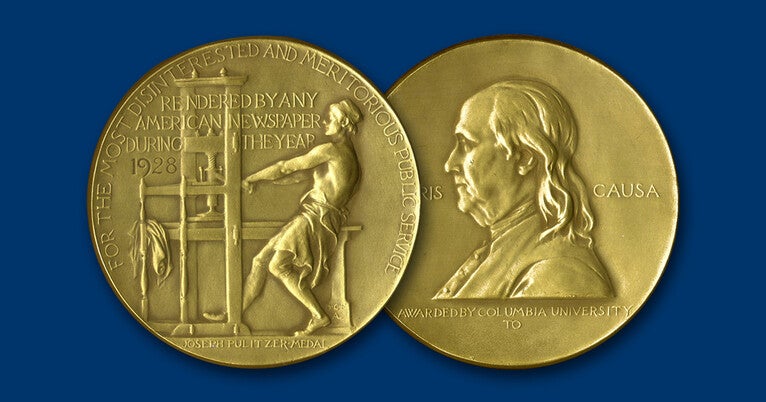 Three Yale alumni have won 2021 Pulitzer Prizes in recognition of their contributions in journalism, and five other alumni were finalists for the prestigious honor in either journalism or the arts.

Yale alumnus Wesley Morris ’97, critic-at-large for The New York Times and co-host of the podcast “Still Processing,” won the Pulitzer Prize in Criticism, his second. Andrew Chung ’13 M.S.L. and Andrea Januta ’14, along with three of their colleagues at Reuters, won the prize in the Explanatory Reporting category.

The prizes were announced June 11.

Morris — who won a 2012 Pulitzer Prize for Criticism while writing for the Boston Globe — was cited by Pulitzer jurors for “unrelentingly relevant and deeply engaged criticism on the intersection of race and culture in America, written in a singular style, alternately playful and profound.” His winning works include seven critical essays he wrote for The New York Times in 2020 on such topics such as racism, the Chicago Bulls, and the death of actor Chadwick Boseman, among others.

Chung and Januta, with colleagues Lawrence Hurley, Jaimi Dowdell, and Jackie Botts, won for “an exhaustive examination, powered by a pioneering data analysis of U.S. federal court cases, of the obscure legal doctrine of ‘qualified immunity’ and how it shields police who use excessive force from prosecution.” Chung is a Reuters correspondent covering the Supreme Court and Januta is an investigative and data reporter for the news agency. The team won for four articles published between May and December of 2020.

Yalies among this year’s Pulitzer finalists are:

The Pulitzer Prizes were established by Joseph Pulitzer, a Hungarian-American journalist and newspaper publisher. First awarded in 1917, the prizes are administered by Columbia University. Winners are selected by the Pulitzer board, which includes leading U.S. journalists or news executives as well as academics or individuals in the arts.

This summary represents 2021 Pulitzer Prize winners and finalists directly affiliated with Yale to the best of our knowledge as of June 15.