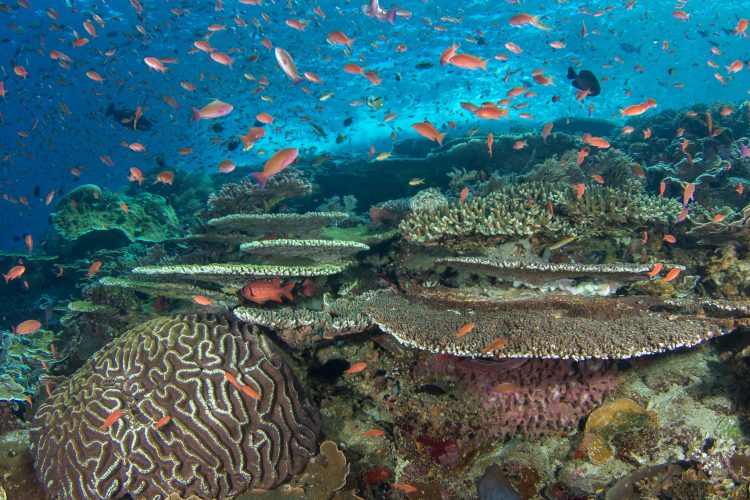 A new proof-of-concept study led by University of Washington researchers has borrowed image analysis methods from engineering to spot the minute movements of a stony coral.Michael Webster

Coral reefs around the world are under threat from rising sea temperatures, ocean acidification, disease and overfishing, among other reasons.

Tracking signs of stress and ill health is difficult because corals — an animal host coexisting with algae, bacteria, viruses and fungi — are dynamic organisms that behave differently depending on what’s happening in their environment. Some scientists wonder if recording changes in coral movements over time could help with monitoring a coral reef’s health.

This is not always a straightforward task. Some coral species wave and pulse in the current, but others have rock-like skeletons and may have movements that are not visible to the human eye. A new study led by University of Washington researchers borrowed image-analysis methods from engineering to spot the minute movements of a stony coral.

The team published these results April 8 in Scientific Reports.

“In mechanics, we have to be able to measure imperceptible deformations in materials and structures to understand how much load these systems are experiencing and to predict potential failures,” said co-senior author Jinkyu Yang, a UW associate professor of aeronautics and astronautics. “We thought we could use these same analysis methods to study living systems, such as corals.”

First the researchers needed to find the right coral species to test.

“Our analysis method easily captures surface deformation when whatever we are imaging has texture on its surface. Smooth surfaces without textures, like polished metal and glass, don’t work as well,” said lead author Shuaifeng Li, a UW doctoral student of aeronautics and astronautics. “Luckily, stony corals, such as Montipora capricornis, have unique patterns on their surfaces.”

To get started, the researchers set up a coral photo shoot. They took 200 images of the M. capricornis specimen in a tank at a rate of 30 photos per hour in both daytime and nighttime conditions, which were controlled using different lights.

Shown here is a diagram of the researchers’ setup (left) and example photos of the coral (outlined in green with polyps outlined in white) under daytime conditions (middle) and nighttime conditions (right).Li et al./Scientific Reports

“It was challenging to keep a sharp focus on the coral due to the way the light refracted off the glass tank,” Li said. “Also, we needed to pay particular attention to make sure the lighting conditions were consistent throughout the test.”

Once they had acquired the pictures, the researchers used two analysis methods to search for movement. Both methods compare subsequent images in a series to the first image, playing them like a flipbook to extract changes. From here, the team could measure parameters such as pixel velocity, what parts of the coral are moving, and whether something is being compressed or stretched. The researchers also further processed the photos to be able to pull out the different types of movements occurring across the coral.

Across all measurements, the researchers saw more activities happening under the nighttime conditions. The team also saw movement for both the tissue growing on the coral’s stony skeleton as well as the coral polyps, though the polyps had larger movements.

“Corals often feed more at night by expanding their polyps and using their tentacles to catch zooplankton prey, and here we are able to quantify these nocturnal movements,” said co-senior author Hollie Putnam, assistant professor of biological sciences at the University of Rhode Island. “This application of engineering techniques and analyses to assess subtle and dynamic movements can transform our understanding of coral behavior and physiology, which is critical as corals are under threat from multiple stressors.”

The team plans to expand this method to work on more coral species, including soft corals, which have much larger movements. Ultimately, the goal is to make this technique useful for determining potential changes in coral health under different circumstances.

“One investigation that should be considered is looking at how coral tissue motion changes upon exposure to pollutants generated by anthropogenic activities, such as chemical dispersants and oil,” Yang said. “Also this method could be used to monitor coral reefs by using satellite images or pictures taken by citizen scientists.”

Alex Gagnon, a UW assistant professor of chemical oceanography; Liza Roger and Nastassja Lewinski at Virginia Commonwealth University; and Lokender Kumar and Judith Klein-Seetharaman at the Colorado School of Mines are also co-authors on this paper. This research was funded by the National Science Foundation, including a harnessing data revolution grant.