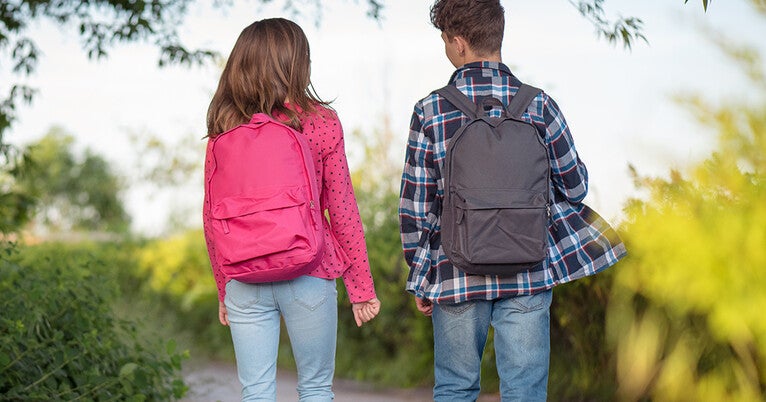 It is well established that autism occurs much more frequently in boys than in girls, and that girls seem to have a greater resilience to developing the condition. It has been unclear, however, why that is.

In a new Yale-led study, researchers find that autism may develop in different regions of the brain in girls than boys and that girls with autism have a larger number of genetic mutations than boys, suggesting that they require a larger “genetic hit” to develop the disorder.

The findings appear in the April 16 edition of the journal Brain.

“We know so little about how autism unfolds in the brain,” said Dr. Abha Gupta, assistant professor of pediatrics at the Yale School of Medicine and lead author of the study. “It’s important to be able to land on spots where the dysfunction might arise because that gives us more traction into where in the brain to look. We need to be accurate about this.”

Other members of the research team included Dr. Allison Jack, from George Mason University, and Dr. Kevin Pelphrey, from the University of Virginia’s Brain Institute (and formerly of Yale School of Medicine).

Autism Spectrum Disorder (ASD) is a developmental disorder that can interfere with the ability to interact, communicate, and learn. Rates have been steadily climbing — ASD now impacts one in 54 children in the U.S. and boys are four times more likely than girls to receive a diagnosis. Even when controlling for important factors — such as boys’ tendency to “externalize” symptoms — the discrepancy remains, said Gupta.

One of the reasons that researchers don’t know more about why autism tends to affect boys more frequently than girls is the fact that most studies have been based on male-predominant samples, Gupta said.

The hope, the vision, is that somehow we can manage these protective effects… and leverage that somehow into potential targets for treatment.

The researchers focused on how the brains of young people with and without ASD process human motion. Children with autism do not pick up on social cues easily, and have difficulty reading reactions. Past studies which relied largely on male subjects found that a part of the brain called the posterior superior temporal sulcus — which is thought to be involved in processing auditory and visual stimuli — is active in the social perception in typical kids but less responsive for those with ASD.

Using a brain imaging technology called functional magnetic resonance imaging, the researchers found that the accepted wisdom that the posterior superior temporal sulcus region constitutes a “neural signature” for autism was primarily true for boys. In neuroimaging done on girls, however, they found that a different region of the brain — called the striatum, which controls cognition, reward, and coordinated movements — is involved.

Genetic analysis allowed the researchers to probe even further into these differences. After examining data from the Simons Simplex Collection — a genetic database drawn from more than 2,000 families with at least one child with ASD — they again found that there was a larger number of copy number variations containing genes expressed in the same region of the brain — the striatum — among girls with autism.

Gupta says the findings provide a clue into what is driving the female autism neural profile and may also reveal what drives the “female protective effect” that makes girls less susceptible to developing autism.

“The hope, the vision, is that somehow we can manage these protective effects to understand better what makes some people more resilient to developing autism and leverage that somehow into potential targets for treatment,” she said.

She added that her team will next do whole-genome sequencing on the subjects to look for additional patterns and study brain connectivity as it pertains to male and female autism.